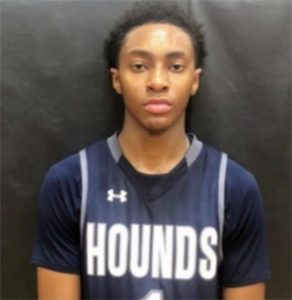 Gilman senior guard Christian Winborne scored the 1,000th point of his high school career in the Greyhounds’ 63-47 win over Boys’ Latin on Tuesday.

Gilman senior Christian Winborne, one of the top rated point guards in the nation, has not had many opportunities to flash his skills over the last two winters, largely due to schedules limited by COVID-19 pauses.

The St. Joseph University commit was on the court Tuesday evening in Roland Park, however, as his Greyhounds visited Boys’ Latin in MIAA A Conference action and he led Gilman to a 63-47 victory with a 23 point performance, including the 1,000th point of his high school career.

Winborne converted five 3-pointers on the night, including four in the third quarter as Gilman pulled away from the Lakers.

The Greyhounds double-up BL, 16-8, in the opening quarter and led 35-19 at the half. Yasir Supreme added 12 points in the victory and Jalen Marshall scored 11.

Boys’ Latin was paced by junior Jake Stout, who scored 17 points and hit four 3-pointers in the game.

Gilman, which has played five games thus far this season, improved to 3-2 overall and 1-1 in the MIAA A Conference standings. Boys’ Latin is 1-8 overall and 0-5 in the league.