As we progress towards the regular season, we will countdown our 2016 VSN Football Preseason Rankings from No. 20 all the way to No. 1.

Outlook – The Cavaliers should contend for the MIAA A Conference championship. Last fall, the Anne Arundel County school finished tied for second behind area and state top-ranked Gilman School.

Spalding has Fochtman, arguably the area’s top quarterback, back in the fold. Fochtman, an all-MIAA A selection in 2015, totaled more 2,800 yards and 34 touchdowns last fall.

Chestnut (tailback) and Vermillion (fullback) are the veterans in the backfield with Jones (519 yards) leading a young and talented receiving unit. Winokur and Miller will anchor the front with Carter likely get a starting nod.

“We feel confident being able to spread the ball around. Obviously, Evan is the point guard,” said Schmitt. “We feel still good about simplifying things from a formation standout because we’re confident in our skill players.”

Winokur will lead the defensive front with Carter, Miller and Ford doing double duty. The linebackers are experienced with Vermillion, Chestnut, Gaines and Hood, who’ll be eased into the rotation after knee injury during the spring.

Jones, Anderson, Spencer and Clark will be in the secondary with Fochtman seeing some time at safety. Hudgens and Allen, both junior varsity promotees, will get reps.

“I think we’re more athletic than last year,” said Schmitt. “We want to put pressure, stop the run and limit the explosive plays. We want to dictate tempo.”

The Cavaliers have taken incremental strides since moving the A conference in 2010 after a successful run in the B. Schmitt thinks the 2016 team could be his best since coming to Spalding in 2013. 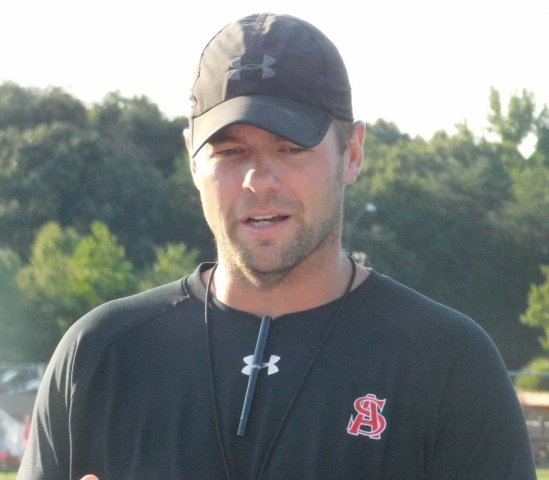 “Our goal is kind of move past 8-3,” said Schmitt, a former University of Maryland tight end who led Atholton to four straight state playoff appearances. “The standard has been raise and want to take it to the next level. It’s an exciting group.”

Baltimore’s Atkins leads the West to a title