The Mount Saint Joseph boys turned in a strong performance earlier this week, beating McDonogh in a dual meet (21-39) after not doing quite as well in some tough mid-season invitationals.

Coach Phil Turner said he was happy with the fact that his Gaels took five of the top seven spots and beat the Eagles, who’d run well of late. Dalton Hengst of McDonogh won the race in 15 minutes, 52 seconds, but five of those next six places went to St. Joe.

“We knew McDonogh would be very strong up front with Dalton and Lucas [Wright, who took third overall],” Turner said. “So it was a goal to have Hunter [Petrik] and Alex [Whittaker] run with Lucas in hopes of splitting up their 1-2 punch.”

The big key was that Petrik finished second while Whittaker got fourth. Carter Williams, out for six weeks with a hip injury, returned and took fifth. Gabe Antone finished seventh to cap the strong scoring performance.

Turner was also especially happy with the return of Williams, who helped St. Joe to the MIAA team title at the championship meet last fall.

“Seeing Carter stride to a good fourth place finish was great to see,” Turner said. “This is his senior season, and he has some pretty ambitious goals to have a good end of the season.”

That’s what makes the Gaels one of the top teams in the MIAA and why they hope to repeat as champions. 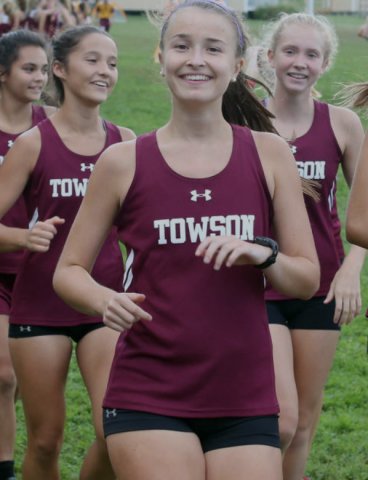 The Towson girls came up big at the right time last weekend.

Towson took third overall in a tough field at the Gunpowder Invitational in Harford County. Broadneck won with 116 points, and Severna Park took second (142) with the Generals just two points behind.

Coach Gil Stange liked how they ran as a group in this race, something the team’s been working on a lot lately.

“We’ve had to…move to more of a pack-running mentality, [but] it has not been an easy transition,” Stange said. “I think it is beginning to pay off.”

Karen Prem led the way with her 12th place finish, and Jaqui Sheedy (21st) and Sydney Conboy (25th) also helped the effort. Stange said they ran a strong race as a team for the first time this fall, and the timing couldn’t be better with the post-season meets starting this weekend. 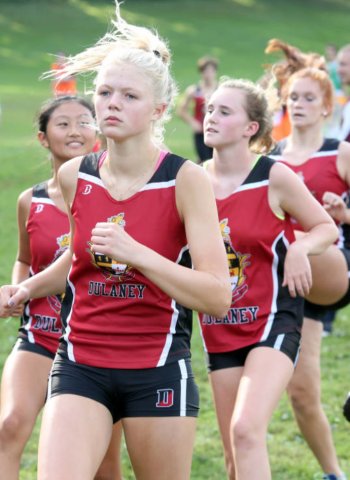 The Dulaney girls have been in the shadow of the boys at times in recent seasons, but they’re coming on as the 2016 season rolls toward the bigger races.

Coach Chad Boyle said he really likes the way that runners like Dorrie Gaeng, Jessica Meek and Brooke Ruffin have carried the day so far. Now, he’d like to see some more help.

That could make the Lions an even stronger team, which would make Boyle an even happier coach.

“If we can get some help from the depth on our team, we could surprise some people later in October,” Boyle said. “Dorrie, Jessica and Brooke have been so consistent for us thus far this season. Race after race, you will find them in the Top 20 of any race.”

So far this season, Dulaney’s girls took fourth in the Barnhart meet, third at Stevenson and 12th at the Glory Days competition, all of which could lead to bigger things in post-season running.

IT’S ALL IN THE NUMBERS 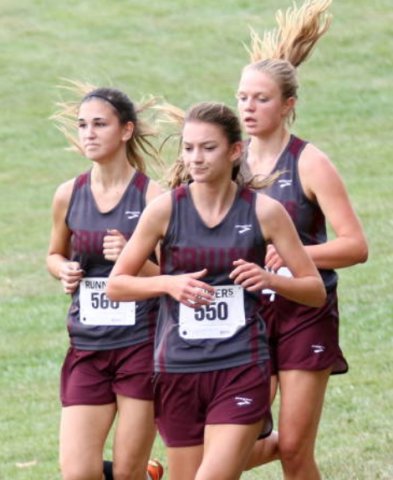 5
The number of runners that Howard’s boys placed in the top 10 at the Gunpowder Invitational en route to an easy victory. The Lions scored 26 points to win by 22 over Broadneck.

25.28
The amount of time (in seconds) between the first and fifth Broadneck runners (18th place to 34th overall) as the Bruin girls won the Gunpowder meet.

60
The victory margin in seconds for McDonogh’s Dalton Hengst in the dual meet with Mount Saint Joseph this week.

Boys’ Latin and Gerstell will play for MIAA B Conference title