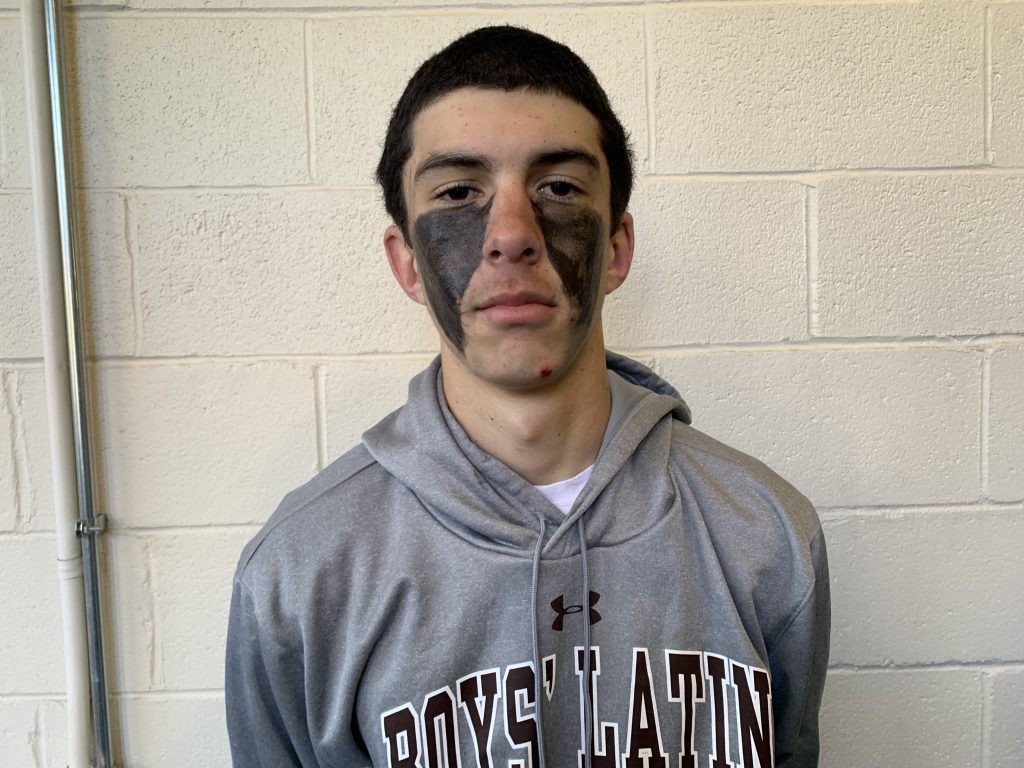 Boys’ Latin, thanks to Spencer Ford, got its MIAA A Conference lacrosse championship defense off to a great start Tuesday. The sophomore attack produced five points with four goals and an assist as the top-ranked Lakers defeated No. 2 McDonogh School at J. Duncan Smith Field in Roland Park.

Then came the opening faceoff. The top-ranked Lakers defeated No. 2 McDonogh School, 8-6, in the MIAA A Conference opener for both at J. Duncan Smith Field in Baltimore City.

The Lakers were efficient on both sides of the ball, winning their fifth straight decision in the nation’s toughest high school boys lacrosse league dating back to last year’s postseason. The Lake Avenue school, seeded fifth, defeated three higher seeded teams to win its first MIAA A crown since 2014.

“We were able to keep our composure at times…we scored some goals in late time situations,” said Boys’ Latin coach Brian Farrell. “I thought we managed the game a little better towards the end. It was a good win.”

“Coming off last year and losing a lot of seniors, I think this game proved we really don’t need those guys, we got a great group here,” said Lakers senior goalie Cardin Stoller. “We got a great group of guys here and we play for each other.”

Ford was the lynchpin for BL’s offense. The 6-foot-3, 185-pounder started with a nifty behind-the-back strike that started a three-goal run, giving the Lakers the lead for good.

Ford, who’s primed to be a nifty compliment to senior attack Dominic Pietramala, the nation’s No. 2 senior according to Inside Lacrosse, tipped his hat first to Stoller and the defense.“Our defense played amazing. Cardin Stoller was player of the game easily, I think he’s the best goalie in the conference,” said Ford. “As an offense, we just played together, find the open looks and canned them.”

Junior midfielder Tyler Owings capped BL’s three-goal surge with an unassisted tally for a 4-1 lead early in the second quarter. Ford capped his first half in rousing fashion.

After a Lakers timeout with 3.5 seconds remaining, Ford got a sideline throw-in from DominicPietramala and fired a shot past Eagle backup goalie Teddy Scarborough as time expired, giving the hosts a 5-2 advantage.

“You need a little luck sometimes,” said Farrell. “That’s the second time in two games we got something at the end of the quarter. It’s good to build momentum.”

The Lakers dropped another momentum-building dagger at the end of the third. Ford converted another Dom Pietramala’s helper, this time with eight seconds remaining, for a 7-3 advantage.

McDonogh, behind two scores from Millon, climbed to 7-5 with 4:56 left in regulation. Ford, with just two seconds remaining on the shot clock, finished a helper from senior Hopper Zappitello with 3:31 to play.

“Getting the ball around eight times or so and scoring and celebrating with my guys is awesome,” said Ford.

“Spencer is someone you trust with the ball in the stick already as a sophomore,” said Farrell. “We wanted to make sure he had the ball and making decisions at the end of the game. It’s cool to see because you know how hard he works. You know how much he cares about the game and Boys’ Latin.”

McDonogh coach Andy Hilgartner said his team missed too many opportunities with the ball and “undisciplined lapses” defensively to overtake the reigning MIAA A champ Lakers.

“Their IQ is off the charts at both ends of the fields. They play great team defense and are efficient on offense,” said Hilgartner, whose team lost to the Lakers in the MIAA A semifinals last May at Navy-Marine Corps Memorial Stadium as the top-seed. “They don’t beat themselves.” 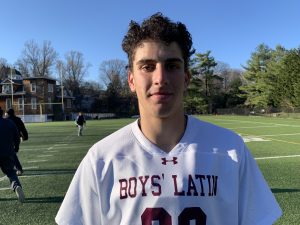 “A couple of late quarter goals and shot clock goals really hurt us, but I was proud of our guys for continuing to battle,” Hilgartner added. “Hopefully, we can learn from this, just like we learned from the Culver (Military Academy) loss…hopefully we’ll be ready for Spalding.”

Friday, the Eagles host Spalding, which made a historic run to the MIAA A final last spring. The fourth-ranked Cavaliers handed No. 8 and previously undefeated St. Paul’s School its first loss Tuesday in another MIAA A opening match.

“I think the guys have taken the experience and leadership from last year and have ran with it,” said Farrell. “The message this year is we have to be as disciplined as we possibly can be. We got some really good players in our locker room, but our discipline is what’s going to win us these type of games at the end of the day.”