No. 1 Spalding disposes of Calvert Hall, secures top-seed in MIAA A baseball 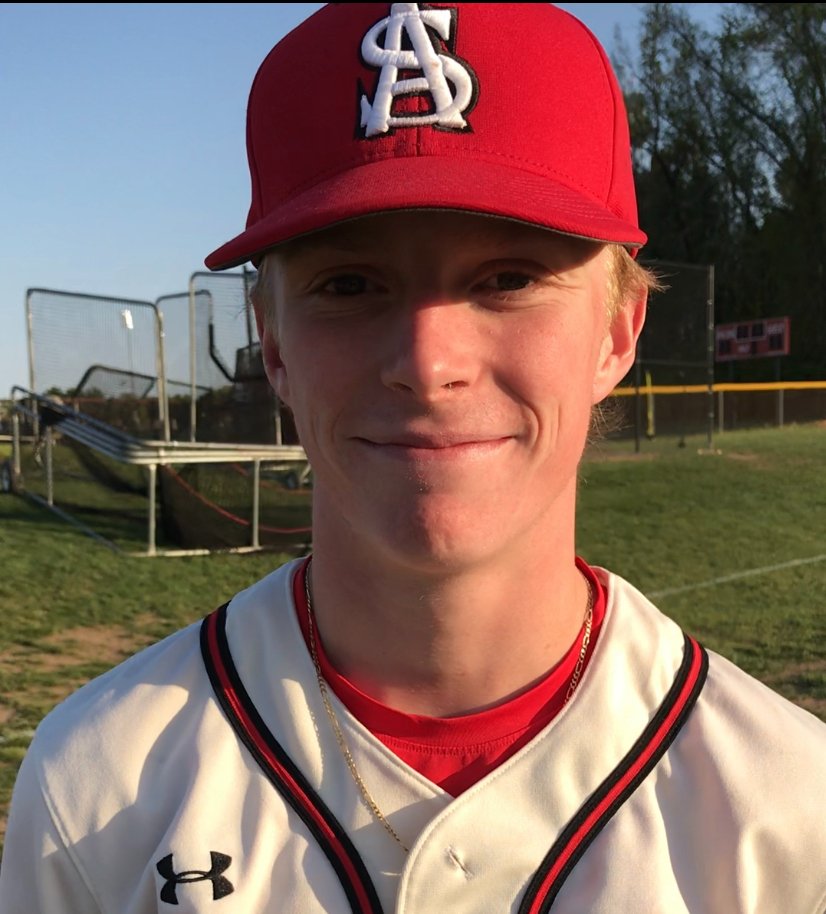 Cody Sharman and No. 1 Archbishop Spalding was again impressive Friday afternoon. Sharman pitched a two-hitter as the Cavaliers secured the top seed for the upcoming MIAA A Conference with a rout of second-ranked Calvert Hall College in Severn.

The showdown turned out to be a letdown, at least for Calvert Hall College in Severn Friday afternoon as top-ranked Archbishop Spalding ripped the second-ranked Cardinals and six of their pitchers, 11-1 in a mercy rule shortened five-inning game.

As a result, the host Cavaliers (20-4 overall, 10-0 MIAA A) clinched the top seed for the upcoming MIAA A Conference double elimination post season tournament.

The Cavaliers have three games remaining, Calvert Hall and Curley have four each to comlete the 14-game regular season. If Spalding were to lose its last three games to finish 11-3 and Calvert Hall won its final four to also end up 11-3. The Cavaliers grab the top seed by virtue of head-to-head at 2-0, having copped the first game back in March in Towson.

Earning the top seed means home games in the tournament which can be quite an advantage.

Junior lefty Cody Sharman was on yesterday for Spalding to enable the Cavs to seal the ultimate seed on a nifty two-hitter with one walk and three strikeouts. The Cardinals only touched Sharman for a solo dinger by E.J. Hankerson with two outs in the second inning. Spalding bats woke up in the third with three runs and never looked back.

“My change-up was working really well, fading in on the righthand hitters,” said Sharman, who also serves up 4-seam fast balls and a curve. “I closed out the first game with Calvert Hall.”

Sharman got the save in a 2-1 decision the first meeting and was excited about clinching the top seed after all the team’s hard work to put themselves in position to do so.

“It was like watching a flower bloom, was awesome,” summed up Sharman.

His offensive attack over the last three innings was equally as ”awesome” as the Cavs rung up 3, 1 and 7 runs to put the six Redbird pitchers away. It started in the third frame as senior shortstop Caleb Estes, a Major League prospect and four-year starter who is headed to the University of Maryland, raked a shot into rightcenter with the bases loaded scoring two runs.

The ball was hit so hard on a low liner into the gap that Estes was unable to turn the knock into a two-bagger. Third baseman Parker Thomas followed with a safe squeeze to tally the third run to make it 3-1 Cavaliers. A double to left by catcher and No. 9 batter Ethan McNally added a solo marker in the bottom of the fourth.

Spalding would break it wide open in the fifth scoring seven runs. Estes, who was named the preseason top player in Maryland by Max Preps, added another rbi and two other Cavaliers joined him with two hits in the game. McNally and first baseman Tyler Smith also had a pair of base knocks in the victors’ 8-hit attack.

Estes liked the way his teammates bounced back from the 1-0 deficit because, he says, that’s what turning the top seed into a championship will take.

Spalding also captured the top seed in 2021, but ended up being upset and losing in the finale to Gilman School, a team they had handled easily twice in regular season.

Spalding coach Joe Palumbo, who has won three MIAA A Conference titles in his tenure, feels this current Cavalier edition has the deepest pitching staff of any team he has coached.

Palumbo believes his team has three aces saying, ”Parker Thomas is 1A, Eddie Sargent is 1B and Cody Sharman is 1C.”

Sounds like the Cavaliers are ready for whatever comes.

AS – Cody Sharman and Ethan McNally