But Mount Saint Joseph didn’t need much help in Tuesday’s championship race at Stevenson University. That’s because the Gaels put five runners in the top 12 and easily posted a second straight championship.

Dalton Hengst of McDonogh won his second straight A Conference title, taking first in 15:29.3. Lucas Wright of McDonogh was the runner-up in 16:06.7, but after that, Mount Saint Joseph dominated.

Whittaker said the fact that this group has been together for some time now helps each understand how to help the other. It’s why they’re such a tough pack to beat.

“We’ve all run together for a couple of years now,” Whittaker said. “We all know our strengths and our weaknesses. We’re all so passionate about [running].”

Mount Saint Joseph coach Phil Turner wanted his group to stick together as a pack, and they did as the five runners made life tough for the other schools. They stayed as a group so well that it proved too much for opponents to handle.

“The guys tracked each other,” Turner said. “After the first mile, they got where they needed to be.”

Hengst stayed where he needed to be throughout the race – and that was in front.

He ran to the lead right from the beginning and challenged the other runners to catch him. Nobody came close as Hengst simply raced away from everyone else.

Hengst said he wanted to take command early on, and that strategy paid off well.

“I was confident that I could win the race,’ he said. 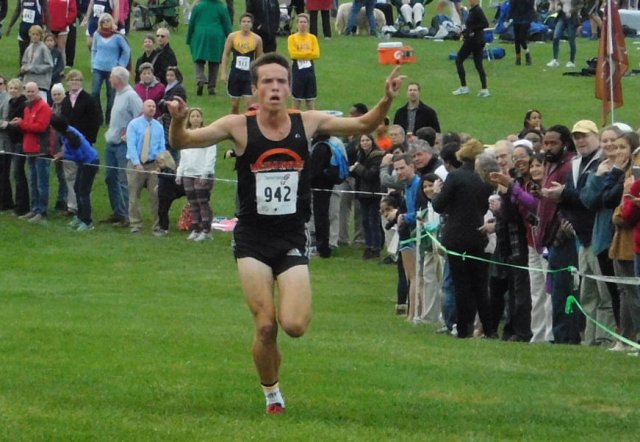 McDonogh coach Jeff Sanborn agreed that the run-to-the front plan proved to be a good one, especially because Hengst did it in such a strong manner. The other runners just couldn’t catch him on this day.

“He wanted to go out hard and he did,” Sanborn said. “He was just incredible. He came here with a mission…and he fulfilled that.”

Sanborn said that Hengst wants to do big things when running, and there could be even more in store this season. The next big question is how well his runner could do in the Foot Locker races, coming up in the next several weeks.

In the B Conference, Park won the team title with 32 points. Tim Barrick of Park won the race in 16:38.4. Brian Malone (fourth), Matthew Hudes (sixth), Finn Council (10th) and Peter Luljak (11th) also scored in the victory for the winners.

Friends won the C Conference team title with 38 points. The Quakers topped Beth Tfiloh (71), even though Joshua Rosemore won (16:50.2) for a second consecutive years for the Warriors. 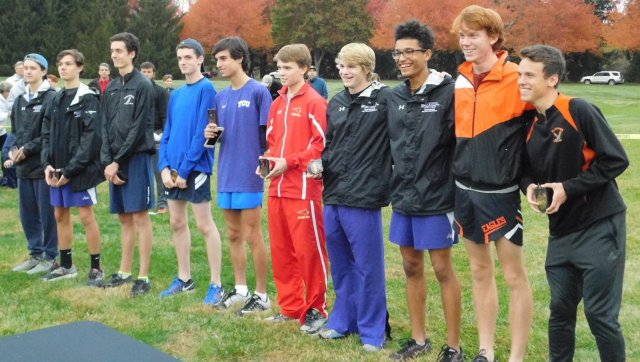 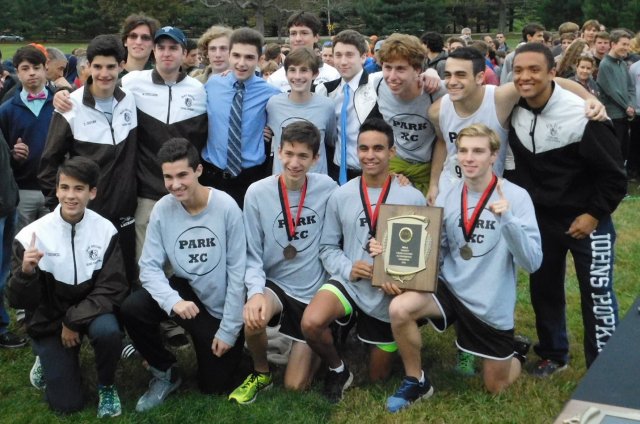 The home of summer hoops