In his opening remarks to the campers and their parents who gathered in the stands, Rice spoke about his promise at last year’s camp to bring a Super Bowl back to Baltimore.  He also stressed that the day was about, “Friendships, Football and Fun!”  As Rice and Smith interacted with the campers at the various offensive and defensive stations, they made sure to deliver the message that it’s always important to respect the game, your teammates and coaches.

Each camper received a gift bag, autographed photo and camp t-shirt.  More importantly, they left the field with memories to last a lifetime. 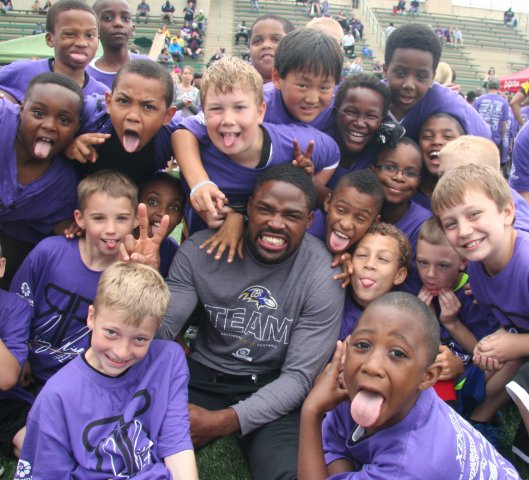