The Warriors (15-2) finally broke through in the title game on junior midfielder Scott Tepper’s fifth goal of the game with just over two minutes to go in regulation to knock out the team that denied them the title in 2014 and 2015. 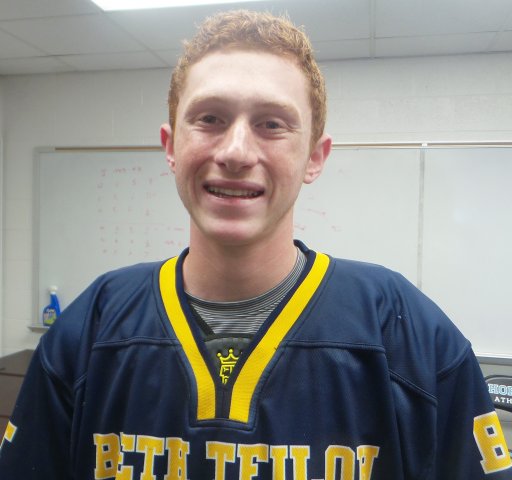 “I always shoot for it to go in, so I was hoping for the best,” Tepper said. “It feels great. I’ve waited three years for this and now it has happened.”

Beth Tfiloh coach Bob Bieschke had no seniors on his roster for the game because they went on a trip to Israel and Poland, an annual rite for seniors at the Pikesville school.

His underclassmen, however, filled in admirably, including Tepper’s sophomore brother, Justin, who had a monster game at the face-off X by winning 14-of-19 draws.

“The juniors had to step up, everybody had to step up,” Bieschke said. “It shows the quality and the depth of the program. We had to create a lacrosse culture that did not exist here. Instead of going to track or playing tennis, you know what they say, ‘Everybody loves a winner,’ so more kids are playing. So finally, finally we played the close. I’m just glad we got up on them like we did against Key and they couldn’t dig their way out (in the playoffs).”

Indian Creek (14-5) broke out on top on a goal by senior attackman Brian Lord before the Warriors answered with two goals by sophomore midfielder Ryan Ross and one by junior attackman Danny Monroe to take a 3-1 lead with three minutes remaining in the opening period.

Freshman attackman Sammy Carter’s low-to-low missile dug into the deficit for the Eagles, although Ross countered that goal by taking a tumble after a shot that eluded Indian Creek sophomore goalie Ben Robertson with two seconds left in the first quarter to build a 4-2 advantage.

Lord’s goal early in the second frame was matched by one from Scott Tepper, keeping the two-goal margin intact until the quarter ended on another buzzer-beating goal, this time by Indian Creek junior midfielder Sam Homick on a feed by senior midfielder McKenzie Jenkins to slice the halftime margin to 5-4.

The Eagles kept rolling from there, getting an extra-man tally from junior attackman Langston Sheppard on Jenkins’ third feed followed by a circus-style back-hander from Sheppard after a nice look inside by Carter to take a 6-5 lead midway through the third quarter.

Beth Tfiloh notched the equalizer less tan two minutes later on a Scott Tepper extra-man rocket, its only man-up goal of the game for the Warriors in seven tries.

The score remained tied after the teams traded goals, Tepper for BT and Jenkins for the Eagles, before Indian Creek crept ahead, 8-7, on a goal by freshman attackman Ben Sturgell with seven minutes to go in regulation.

It stayed that way until Scott Tepper put in his own rebound while barreling toward the crease with three minutes, 31 seconds left — the same time the officials cleared the field and the stands because of lightning preceding a furious storm that lashed the field with rain as thunder rumbled.

The game was delayed an hour and 25 minutes before both teams returned to the field to play in a light rain.

Justin Tepper, as he had done for most of the game, won the face-off to give his team a key possession that his brother, Scott, eventually turned into a goal that hit Indian Creek keeper Ben Robertson and trickled into the goal with just over two minutes left.

“The Tepper brothers are maniacs,” Bieschke said. “Scott is a lefty and we wanted his to hit the right side of the goal because goalies can’t stop lefties. We knew they would play us man-to-man but we wanted to spread them out and just run ‘em. And, Justin is a maniac on face-offs. That’s how you win games. You have to have possession. I tell the guys all the time, ‘possession, possession, possession.’ Both those boys have grown, and so have the other boys on the team.”

The coach said that getting the win was a testament to the young men on the team and his coaching staff.

“I told them that I don’t care how they win, even if it’s just by one goal,” Bieschke said. “I told them that they’ve always been the bridesmaid and not the bride. Well, guess what? Today, they just got married.”