A few tie-breaking procedures had to be invoked and even a couple of coin flips were mandated, but the seedings in all three MIAA basketball conferences are finally set and quarterfinal action is set to get underway on Wednesday, with the championship games slated for Sunday at UMBC.

Here is a look at each conference:

Mount St. Joseph (23-5, 13-3), which has won three MIAA A Conference titles, but none since the 2005-06 season, finished first and claimed the top seed.  The Gaels, along with defending champion John Carroll (24-6, 12-3), which claimed the second seed, will have first round byes and host semifinal games on Friday night at 7:00 p.m.

On Friday, St. Joe will host the Calvert Hall/Glenelg Country winner, while the St. Frances/Spalding winner will advance to a match-up at John Carroll.  Sunday’s title game is scheduled to tip at 5:00 p.m. at UMBC’s RAC Arena. 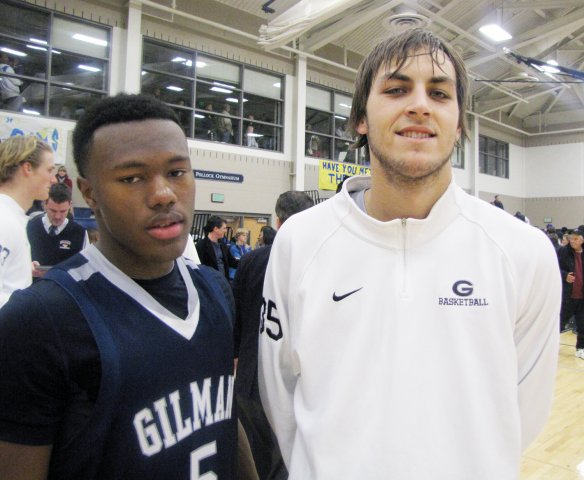 Gilman (19-6) and St. Vincent Pallotti (20-6) finished the regular season with identical 16-2 conference records and there was no advantage to either squad in the tie-break scenarios.  Thus, a coin flip was held and Gilman earned the top seed and Pallotti took the second slot.

St. Paul’s (18-9, 14-4), which has brought four MIAA B Conference championship plaques to Brooklandville, more than any other school, is the third seed.  The Crusaders will host sixth-seed Boys’ Latin (11-13, 8-10) on Wednesday at 5:00 p.m. in one of the quarterfinals.  Wednesday’s other quarterfinal will match Annapolis rivals, as fifth-seeded St. Mary’s (16-10, 10-8) will make the short journey to fourth-seeded Annapolis Area Christain for a 6:00 p.m. tip.  St. Mary’s has three previous B Conference titles, while Boys’ Latin and AACS are seeking their first.

Gilman will meet the AACS/St. Mary’s winner on Friday at 5:00 p.m.  The St. Paul’s/Boys’ Latin victor will travel to Laurel to challenge Pallotti.

The B Conference championship game is currently scheduled for 3:00 p.m. on Sunday at UMBC.  However, if AACS reaches the final, the game will be moved to Tuesday, Feb. 19 at Gerstell Academy (5:00 p.m.).  In honor of school policy, the Eagles cannot compete in athletic events on Sundays.  In this case, the MIAA A Conference game would be moved up two hours and be played at 3:00 p.m. on Sunday.

The MIAA C Conference featured a fantastic race for first place in 2011-12 and three teams finished the season tied for first place – Indian Creek, St. John’s Catholic Prep and Park School.  All three posted 13-3 league records, but Indian Creek had the advantage in the head-to-head meetings and earned the top seed by virtue of that tie-breaker.

St. John’s (18-10) and Park (15-6) could not be separated by a tie-break and a coin flip was used to place SJCP as the second seed and Park as the third seed.  Indian Creek (16-7) and St. John’s now have first round byes and will host semifinal games on Friday.

The Park/Key winner goes to Frederick to face St. John’s on Friday, while Indian Creek will welcome the Beth Tfiloh/Cristo Rey surviver.  At stake in Friday’s semifinals are the two spots in Sunday’s 1:00 p.m. championship game at UMBC.

Of the top three seeds, only Park has previous league titles.  The Bruins won twice, in 2002-03 and again in 2005-06.  The only other school in this year’s C Conference playoffs with a league title is Beth Tfiloh.  The Warriors were champions in 1999-2000.

Calvert Hall is the final No. 1

10 Years of Excellence: VSN’s No. 1 Boys Soccer Defender of the Decade

The gift of basketball