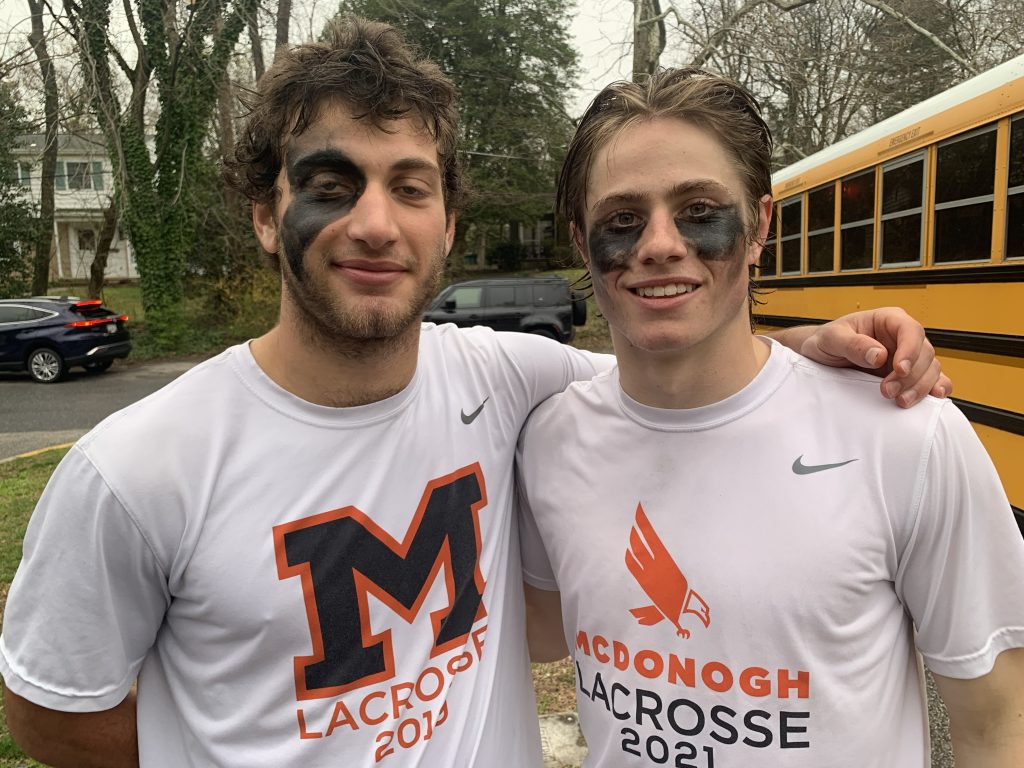 There wasn’t a third straight Tuesday. No. 3 McDonogh School put the clamps on the eighth-ranked Admirals in an 11-3 victory at Barbour Family Stadium in Anne Arundel County. Junior attack McCabe Millon scored four goals for the Eagles (5-3 overall, 2-1 MIAA A), and Matt McMillen finished with two goals and an assist.

The Owings Mills school ran off six unanswered goals in the second half, winning its second straight in the nation’s toughest boys lacrosse league. Sophomore attack Luke Miller added a goal and assist.

“They got some pretty dynamic players and we knew who they were and we slid to them,” said McDonogh coach Andy Hilgartner. “They ran a really good invert offense that had a lot of success against St. Paul’s…we were able to limit their effectiveness dodging from behind.”

“Having dominant short stick defenders then us (long stick defenders) helping was really big for us,” said Cool, who will play for Ohio State University next spring. “We watch the film on St. Paul’s when they put up all those goals…it was a big focus having our short sticks be dominant on the dodges.”

The Eagles started pulling away late in the third as Millon ripped a low strike past Severn goalie William Perez with 3 minutes, 35 seconds left in the period.

McDonogh, starting with Wilson’s body stop, went in transition. Millon, off a pass from Cool, put a laser past Perez for a 6-2 advantage with 1:53 remaining in the third.

Millon, the nation’s top junior according to Inside Lacrosse, said McDonogh is figuring things out on the offensive side.

“We’re starting the year a little slow, taking our time and building chemistry back up from over the summer,” said Millon, who’s committed to Duke. “I’m proud of the guys. We put up a good team effort today, got the ball moving really well.”

Junior Jacob Todd finished with two goals for Severn (6-2, 2-1 MIAA A). His second tally, with just 3.9 seconds remaining before half, brought the hosts to within 4-2 at halftime.

The Admirals, who defeated St. Paul’s School and Mount St. Joseph to start MIAA A play last week, was unable to build any momentum in the second half.

Severn coach Joe Christie was proud of team’s effort, especially Perez, but made too many mistakes offensively.

“We played a lot of defense through the first half…come out probably have two or three stands then have problems clearing the ball,” said Christie. “You can’t let a good team like that opportunities in your zone like that. We were a little short handed on the offensive side, but everybody’s got to grow up fast.”