Since he was a sixth grader in Loyola’s lower school, McNamara dreamed of winning a MIAA A Conference championship in his senior year. His aspiration came true this spring, but how it came to fruition was unimaginable.

With McNamara putting together one of the finest seasons in program history, the Dons were the last team standing in the nation’s premier lacrosse league. The senior attack is Varsity Sports Network’s co-Player of the Year.

McNamara had 43 goals and 49 assists for the Towson school, which arguably had the greatest postseason run in league history. Loyola defeated the top three seeds, Gilman School, McDonogh School and Boys’ Latin School, to win its first crown since 2008.

The Dons did it as the sixth and final seed, and losing their final three regular season decisions. McNamara had seven goals and 14 assists in the playoffs.

“We thought we were good. We kind of backed into the playoffs,” McNamara said. “We realized that was a second chance and we didn’t want to let it go by.”

McNamara capped his postseason, scoring the winning goal with 1 minute, 56 remaining in a 10-9 decision over then-No. 1 and previously unbeaten Boys’ Latin. The lone returning senior starter, McNamara had to help bring along a host of new starters.

“We had a lot of young guys and it took a little while for them to mature,” said Alexander. “Once we hit the playoffs they started playing well and that made a huge difference.”

“He understood being the quarterback of the offense, he couldn’t keep dodging into traffic,” said Loyola coach Jack Crawford. “He became really good at managing the offense.”

A two-time All-MIAA A selection, McNamara had 107 goals and 99 assists in three varsity seasons. He will play for Villanova University next spring. 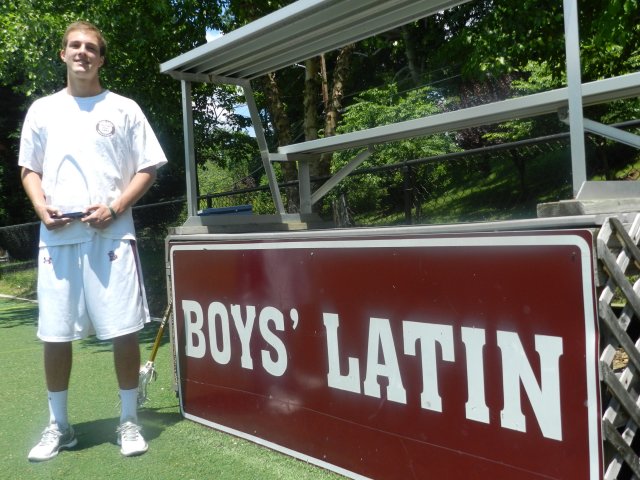 Stanwick was the proverbial straw that stirred the drink for one of the nation’s top squads. The junior attack is Varsity Sports Network’s co-Player of the Year.

Stanwick compiled 36 goals and 51 assists for the No. 2 Lakers (19-1), who were the first team since 2006 to go unscathed through the MIAA A Conference regular season. The Lake Avenue school suffered its lone loss to Loyola Blakefield in the league finals.

It was Stanwick who put Lakers in position for the crown with a pair of assists, giving them a 9-7 lead in the fourth quarter. In the semifinals, Stanwick helped Boys’ Latin overcome a 9-4 halftime deficit, scoring twice in the second half including a nifty unassisted goal where he extended his stick over his head to bring down a clearing pass and fired a strike from inside 10 yards out.

Tad, a former BL standout, was an assistant during Shack’s freshman and sophomore seasons. Steele, who won the Teewaraton Award and a national title at the University of Virginia after leading Loyola Blakefield to back-to-back MIAA A titles, was an assistant this past spring.

“It something that motivates me,” said Shack, the youngest in a line of Stanwick lacrosse-playing siblings.  “They’re all pretty tough. Wells is the toughest because he’s closest in age.”

Wells, a former teammate of Shack at Boys’ Latin, is a junior at Johns Hopkins University where his kid brother will join him on the lacrosse field in the spring of 2015. The nation’s No. 1 rising senior by Inside Lacrosse, Shack Stanwick has 88 goals and 128 assists in his first three varsity campaign. 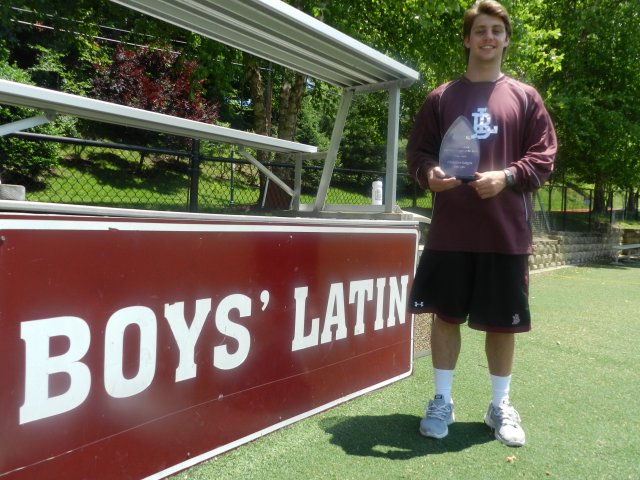 Knight was the model of consistency for Boys’ Latin, which was the area’s and nation’s No. 1 squad for nearly the entire spring. The senior goalie is Varsity Sports Network’s Defensive Player of the Year.

Knight stopped nearly 60-percent of shots aimed at him and allowed less than seven goals during the spring for the Lakers (19-1), who reached the MIAA A Conference finals.  Boys’ Latin was the first team since 2006 to post a perfect regular season in league competition.

“I can’t tell you how many times he was cited for his play. He was really good,” said Lakers coach Bob Shriver. “He was consistent, steady, cool and calm in the cage.”

Shriver said Knight excelled this spring at chasing loose balls around the goal. The three-year letterwinner allowed 69 goals (89 including playoffs) in MIAA A regular season play.

In the league semifinals against Calvert Hall College, Knight shut down the then-defending champ Cardinals in the second half as the Lakers overcame a 9-4 halftime deficit for a 12-10 decision. He finished with 14 saves.

“He makes a lot of saves in tight on high shots and he catches the ball,” said Shriver. “A lot of goalies are jumping at the ball when they’re in tight. Christian is cool and bides his time.”

“People say there are two types of goalies, crazy or laid back, I’m more laid back. Let things happened and you have definitely have to forget things,” said Knight. “You have to paid attention to the future and forget the past when you’re in the moment.”

Knight, the lone net minder selected to the All-MIAA A team, also had 38 ground balls. He will play for Cornell University next spring. 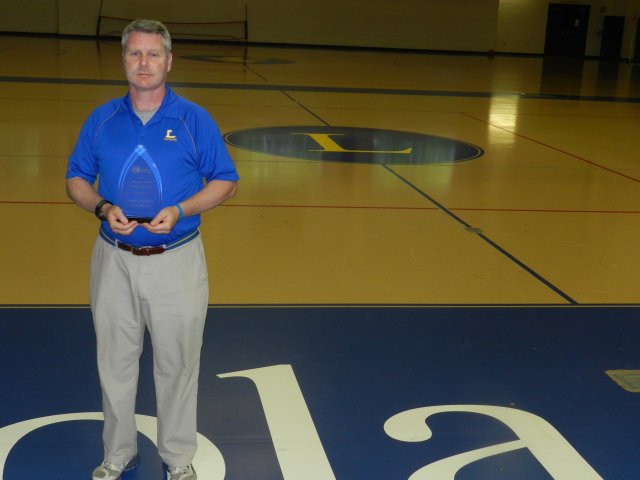 Crawford didn’t lose confidence in his team despite stretches of inconsistency. The Dons put it together in time, producing a memorable  postseason run. Crawford is Varsity Sports Network’s Coach of the Year.

The Dons went 3-6 in league play during the regular season including a season-ending three-game losing skid. They qualified after Mount St. Joseph defeated St. Mary’s in double overtime, eliminating the Saints from the final spot.

With a small senior class and promising group of underclassmen, Loyola played arguably its best lacrosse since early April. The Dons jumped early on Gilman and pulled away in the playoff opener, then dominated McDonogh in the second half of the semifinals at Unitas Stadium.

Trailing 6-0 in the first quarter and 9-7 in the fourth to Boys’ Latin, Loyola completed its unlikely run. Last spring, the Dons were hammered (17-3) by Calvert Hall College in the title game.

“I told the kids we’ve been here before. We know how to work our way out of it,” said Crawford. “We just didn’t panic.”

It was the third league title for Crawford, who’s tied with Boys’ Latin’s Bob Shriver for most in the MIAA era. In 11 seasons at Blakefield, Crawford is 139-57.

Fourteen Cardinals score a goal as No. 1 rolls over MSJ