Boys’ Latin School basketball coach Cliff Rees jokingly said Brandon Bradsher has been “driving him nuts” since his freshman season. Rees has high demands for the point guard spot, and Bradsher has steadily fulfilled them.

“We started off slow today and I told the team we needed to pick up our energy,” said Bradsher, who had 19 points in Tuesday’s opening round win over Mervo.

The Lakers scored the game’s first six points and led by as many as 13 in the first half before settling for a 10-point advantage. Dulaney, bogged down by Boys’ Latin’s zone defense, quickened the pace, pulling to 27-25 midway in the third.

Bradsher answered for BL, finding Murray for a basket, starting an 8-0 spurt capped with Jaylin Andrews’ jumper, pushing the lead back to double digits. The Lakers led 44-33 after three quarters.

The fourth quarter was mostly a track meet as Bradsher was able to put the ball in the right hands. He was a perfect six-for-six from the free throw line in the final frame.

“The point guard spot is so critical and you rely on them so heavily, and the expectations I have of Brandon or whoever’s playing are challenging,” said Rees. “Brandon just keeps going out and working. He’s not going to be perfect every night, but he doesn’t hang his head or sulk.

He doesn’t get upset if I jump on him a little bit. Both nights in this tournament he was phenomenal.”

Andrews joined Bradsher on the all-tournament team with Oakland Mills’ Jordan Hopkins and Cole Harshman and Lamont Sanders from Dulaney. Harshman and Sanders finished with 13 and 12 points, respectively, for the Lions Wednesday.

“We don’t those type of shooters. We shouldn’t be taking 27 threes,” Lochte said. “And when you only hit four, I’m not a mathematican but that’s not good. You can’t win a game, then you add BL is a really good team with three or four college-bound players.”

After being runner-up in last year’s Oakland Mills tourney, Rees felt his team “clicked,” though the Lakers won just four times after holiday break. It’s much a different feeling this year for a more experienced BL squad, which has a match against Virginia’s Middlesburg Academy at Hill School in Pennsylvania Friday to end the 2016 portion of its regular season slate. 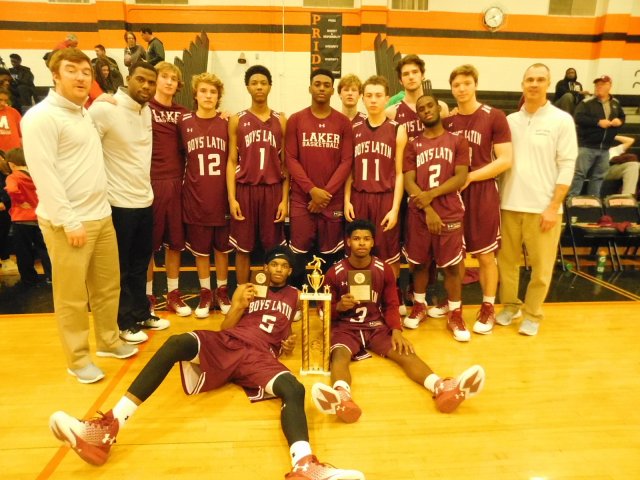