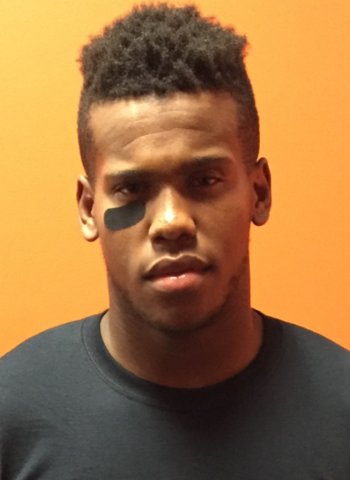 The 2016 season was homecoming for Thomas and history for St. Frances. The senior linebacker is Varsity Sports Network’s Defensive Player of the Year.

The 6-foot, 215-pound middle backer had 113 tackles and six interceptions for the No. 1 Panthers, who won the area’s premier league, the MIAA A Conference, after going winless in league play the year before. Thomas developed a knack for making momentum-changing plays.

It was Thomas, whose pick-six in the final minute of the first half put the Panthers up three scores against then-No. 1 Archbishop Spalding. The east Baltimore school held on for a 32-29 decision, moving them to No. 1 for the first time and in position for the outright MIAA A championship.

The following week against Mount St. Joseph, Thomas had a strip and recovery that he returned 55 yards late in the opening half. The Panthers scored shortly thereafter for a two score-advantage, en route to a 34-20 decision, clinching the title.

“A lot of people thought we couldn’t come together,” said Thomas. “There was a lot of talent but as we progressed I knew nobody could beat us.”

Panthers coach Henry Russell said Thomas’ leadership was critical in the team’s success this past fall.

“He absolutely loves the game, and you could see that in summer workouts, how hard he pushed and encouraged others,” said Russell. “He’s a natural leader and it carried over into the season. He really stepped up in big games, starting from week one.”

An all-MIAA A selection, Thomas added three fumble recoveries and three forced fumbles. He will play for Towson University next fall.