Boys’ Latin School’s lacrosse team has a penchant for slow starts this season. It wasn’t the case Friday, and the Lakers now have the area’s No. 1 ranking in their crosshairs.

Second-ranked Boys’ Latin defeated No. 6 Loyola, 14-8, in a MIAA A Conference contest at Hargaden Field in Towson. Syracuse University-bound attack Logan Wisnauskas had three goals and two assists for the Lakers (11-2 overall) and sophomore Matt Brandau also finished with a hat trick and a pair of helpers.

The Lake Avenue school put three goals inside in the first five minutes and defiantly answered every Loyola push, improving to 6-0 in the nation’s toughest boys’ lacrosse league. It’s the third 6-0 start in four seasons in MIAA A play for BL, which reached the championship game in 2014 (won title) and 2013 after those openings.

With a date against top-ranked McDonogh School looming, the Lakers, ranked No. 7 nationally by Inside Lacrosse, were locked in Friday, leading by as many as six goals.

“They came out the gates fast, and that’s what we asked them to do,” said Boys’ Latin first-year coach Brian Farrell. “We’re a team that likes to play with a lot of energy and I thought we did a good job picking up some really tough groundballs.”

“We came out super-excited and I think this was the most momentum we ever had coming into a game – everybody just wanted it a lot more than the rest of the games this season,” said Brandau.

Brandau brought the mojo for BL early Friday, scooping up a groundball from about eight yards in front of the goal and put a shot into the upper left corner. Off the ensuing draw, he picked another groundball and found Mike Urbiaco, who finished for a 2-0 advantage. With senior goalie Jack Pezzulla (10 saves) turning away five shots, the Lakers led 4-1 after the opening 12 minutes.

Their lead expanded to 6-2 late in the first half after Brandau’s unassisted tally and Wisnauskas scored, courtesy of a pass from Luke Shilling, Shilling, a junior, had a hat trick as the attack trio of Wisnauskas, Shilling and Brandau combined for nine goals and five assists Friday.

Wisnaukas said the mix of seniors and talented underclassmen has worked perfectly for Boys’ Latin.

“They know how to play lacrosse and we really feed off them,” said Wisnauskas. “It’s a team effort.”

“It’s never anybody’s one-man show, they shared the ball and they’re unselfish,” said Farrell of his attack unit. “They’re smart guys so they know what each other’s going to do.”

After Loyola (6-5, 3-3 MIAA A) opened the second half with Phil Wies’ extra-man goal to close to 7-4, BL applied the strangehold. Wisnauskas finished a pass from fellow senior Brendan Mullally and Shilling hit the net twice off feeds from Wisnauskas and junior Koby Russell, all in a 90-second window, for a 10-4 advantage with 5 minutes, 36 seconds left in the third quarter.

The Dons crept to 11-7 at the start of the fourth, but Russell’s unassisted strike and Brandau found Shilling for an easy drop, putting the Lakers in the clear. Russell finished with two goals and an assist.

“Every time they’d get a couple goals in a row, we would just bury them again,” said Brandau.

Mount St. Mary’s recruit Brendan Doyle recorded a hat trick for Loyola with Wies and Cole Williams each providing two goals and two assists. After a 2-0 start, the Dons have dropped three of four in MIAA A play.

“I think if we continue to play the way we are playing, frankly, I think we have no chance to win a championship. So we’re going to have to figure out a way to be a different team over the next couple weeks,” said Rubeor. “Every big game, we just haven’t really clicked. And when you’re in that position – if you keep doing the same thing you can’t expect different results, so we have to do something a little bit different, and that falls to the coaches.”

Boys’ Latin and McDonogh are the pole sitters in the MIAA A after three weeks. The teams meet Tuesday afternoon in Owings Mills, marking the latest meeting of undefeated league squads since 2008 when Loyola Blakefield and Gilman School were both 5-0. 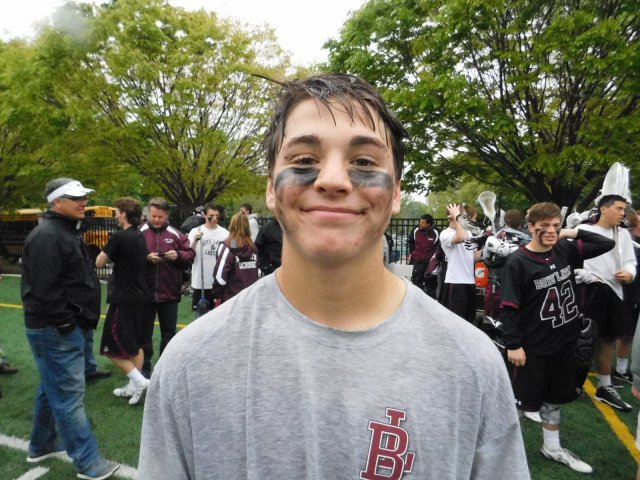 “We’re looking forward to it – that’s going to be a really good game,” said Wisnauskas. “Our focus is on them now.”