Morrill was the driving force behind McDonogh’s return to glory this spring. The senior attack is Varsity Sports Network’s Player of the Year.

Morrill had 43 goals and 35 assists for the No. 1 Eagles (18-1 overall), who won the MIAA A Conference championship for the first time since 2005. The Owings Mills school lost in the title game in 2015.

Morrill said the Eagles were determined this season to erase past postseason disappointments.

“We ended last year on a terrible note so goal No. 1 was to get back to the MIAA A championship,” said Morrill. “Every thing seemed more fun this year. Every single player was driven.”

Morrill, a two-year starter often made the right play at the right time. He had a goal and two assists in the Eagles’ 8-5 victory over Boys’ Latin School in the MIAA A final at Johns Hopkins University.

“He’s been the guy we’ve needed when we’ve needed him,” said McDonogh coach Andy Hilgartner. “Whether it’s dodging or feeding attackman, his leadership and toughness was infectious.”

The Eagles went a perfect 11-0 in the nation’s premier boys’ lacrosse league, including four overtime victories. McDonogh finished No. 1 in the nation by LaxPower.com and No. 2 by Inside Lacrosse.

An all-MIAA A selection, Morrill will suit up Saturday evening for the Under Armour All-American game at Towson University. Morrill will play for Yale University next spring. 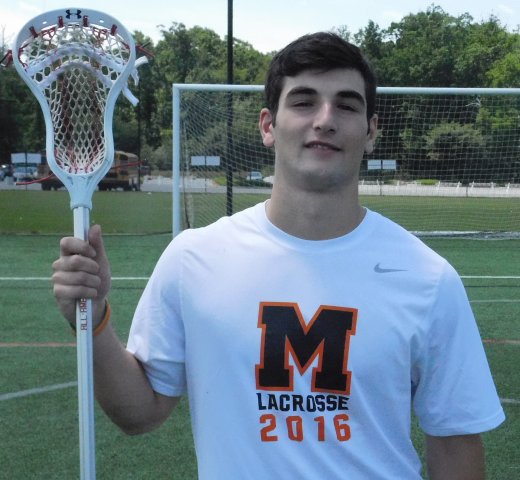 Medghalchi was the undeniable leader for the nation’s premier defensive unit. The senior longstick is Varsity Sports Network’s Defensive Player of the Year.

Medghalchi finished with 41 groundballs for the top-ranked Eagles, who won their first MIAA A Conference title since 2005. The Owings Mills school allowed 81 goals in MIAA A play.

“We knew we had a talented defense especially with some younger guys,” said Medghalchi. “We were able to put it all together.”

Medghalchi was the only senior in the Eagles’ longstick with junior Brandon Shure and sophomores BJ Farrare, Chris Smith. McDonogh allowed 6.9 goals, playing one of the nation’s toughest schedules.

McDonogh coach Andy Hilgartner said he knew Medghalchi was “special” as a sophomore.

“He’s just techincally sound,” said Hilgartner. “He has a quiet intensity about him on the field, but he’s ferocious and aggressive.”

In the MIAA A final four at Johns Hopkins, McDonogh held Loyola Blakefield (6; semifinals) and Boys’ Latin School (5; final) to its lowest scoring output of the season. The 11 goals were fewest allowed by a MIAA A champ since Loyola Blakefield (11) in 2007. 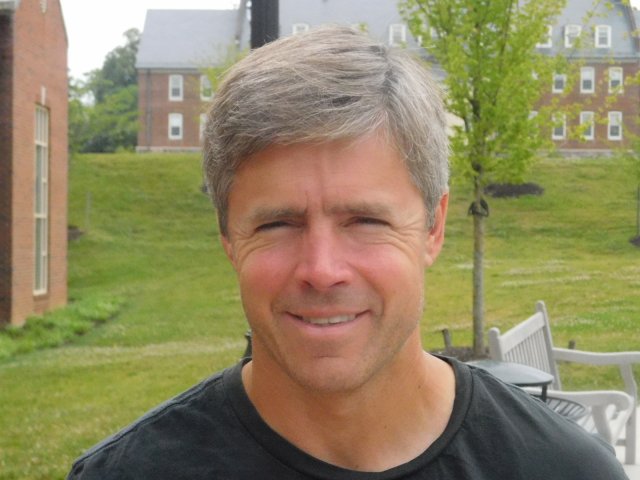 After years of heartbreak, Hilgartner and the Eagles broke through in impression fashion in 2016. The eighth-year McDonogh headman is Varsity Sports Network’s Boys’ Lacrosse Coach of the Year.

The Owings Mills private school won the MIAA A Conference championship for the first time since 2005. The Eagles (18-1), who went undefeated in the nation’s toughest boys’ lacrosse league (11-0), went wire-to-wire as the consensus No. 1 team in the area.

“There was incredible buy in from everybody,” said Hilgartner, whose team finished No. 1 in the nation by LaxPower and No. 2 by Inside Lacrosse.

McDonogh won four overtime decisions during the spring, including a double overtime victory over Boys’ Latin School. The Eagles rallied from a four-goal deficit in the fourth quarter.

McDonogh upended the Lakers for the MIAA A title at Johns Hopkins University, ending its championship drought. The Eagles lost in the title game in 2015.

Hilgartner said the 2016 season was about past players, several who passed away this year.

“Those were guys our program talked about and guys we played for,” said Hilgartner, whose team won its final 13 decisions. “We were playing for more than ourselves this year.”

Hilgartner, who was assisted by Stephen Abrams, Joe Benson, Travis Holmes, Rob Scherr and Trey Whitty, was an Eagle assistant for two years before succeeding Booker Corrigan in 2009. A graduate of Michigan State University (1993) and Calvert Hall College (1989), Hilgartner is 112-40 at McDonogh, and 236-87 overall in 16 seasons.

Believe it or not