St. Paul’s rallies to repeat as MIAA A golf champs; Severn breezes to another B crown 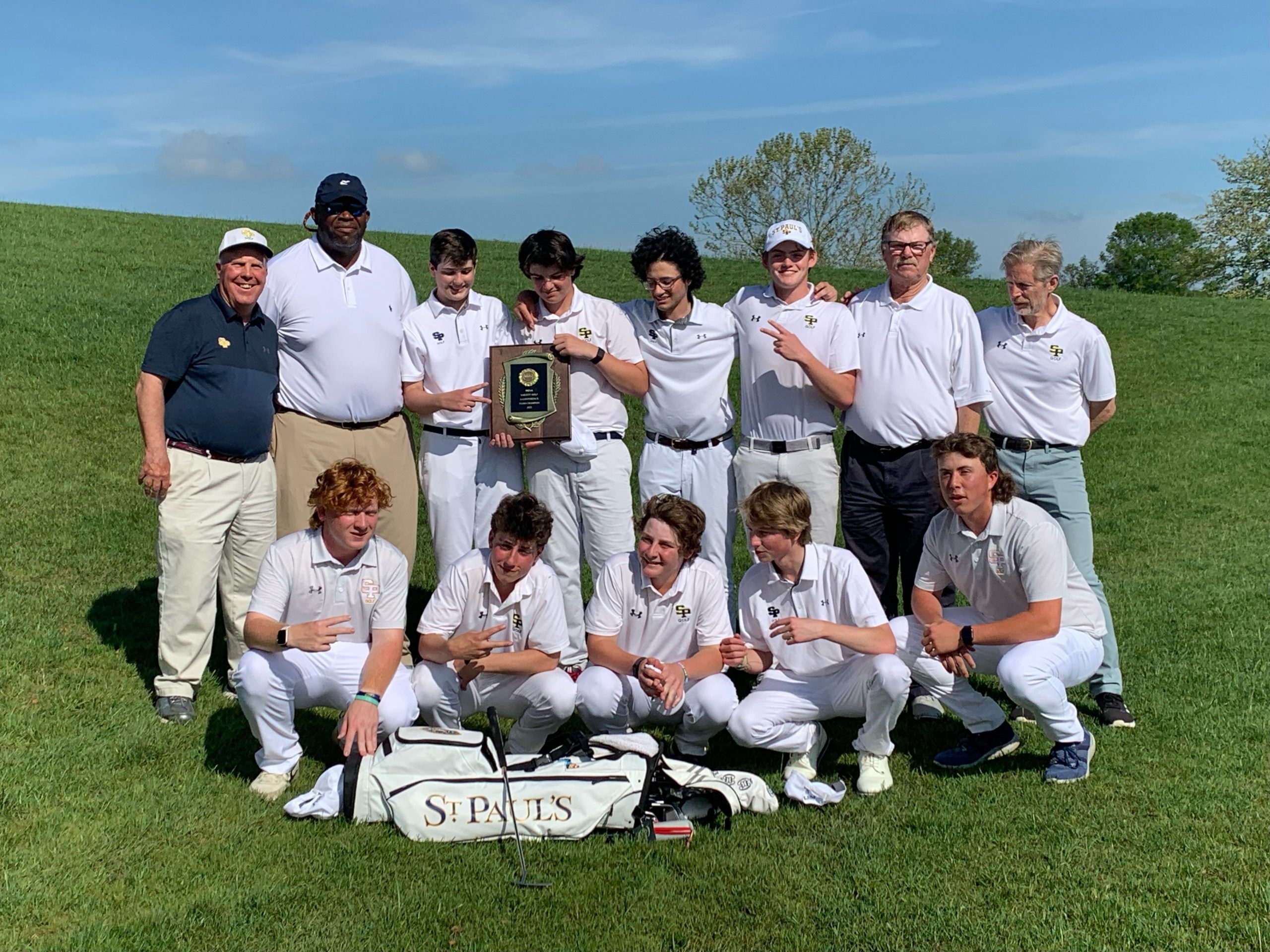 Down 7-0 at the start of Sunday’s MIAA A Conference golf title match against Loyola Blakefield, St. Paul’s School’s reign was teetering.

Shaken, but not deterred, the Crusaders’ grit came to the fore, rallying for a 11-10 decision over the Dons for a repeat at majestic Caves Valley in Owings Mills. Severn School won its second straight B crown with a 17-4 victory over Boys’ Latin School.

After splitting during the regular season, Severn put together its finest effort in the rubber match for its ninth league championship.

“A couple of minor swing tweaks early on the range to get their confidence going…really I wanted them to go out and have fun,” said Agresti. “We talked about the challenges, the premium of hitting it in the fairway and keeping it out the rough.”

“The entire team played really well, especially our three and four spot, they played excellent today,” said McNitt, crediting the pairing of Bing and junior Casey O’Donnell. “The course was definitely in great condition. It’s different from where we play, it’s the same yardage, but the greens are faster.”

O’Donnell and Bing produced seven points Sunday in the 12-hole competition with McNitt and sophomore Jack Stamato pairing up for six.

Agresti said Bing has improved since returning in April from an injury, and there was some inconsistent play among the top 6.

The Admirals put it all together Sunday, winning its sixth B title since 2013. Severn and or Boys’ Latin has won the league crown since 2012.

“They supported each other out there and that’s really important,” said Agresti, whose No. 3 pairing Sunday was Andrew Galardina and Drew Hayden. “We matched up to our opponents well, we took advantage of opportunities and when we got into trouble, we limited our mistakes.”

St. Paul’s won its fifth title over the last six seasons of play (no event in 2020 because of COVID-19 pandemic), but it wasn’t easy. The Brooklandville school overcame the struggles of its No. 1 team of Tommy Sharps and Colin Vineberg and a determined Loyola, winning 11 of the final 14 points.

“It’s a tribute to the guys that we have. We work together so well and that’s what the coaches have been preaching all year,” said Sharps. “When Colin and I play poorly, the rest of the team takes our weight and carried us through.”

“They compete…they’re obviously passionate about golf, but they also want to get better,” said Crusaders coach Paul Bernstorf. “When you get a group of kids that cares about each other, want to continue to improve and get them together going in the right direction good things happen.”

“It was a fight the whole time,” said Kilduff, one of five holdovers from the 2021 title squad.

Bernstorf, who saw his No. 1 team not produce a point Sunday – the first time this season any of his pairings failed to score – was concerned heading into the final three holes.

With Clark, Guy, Sharps Sola and Vineberg set to return in 2023, St. Paul’s will be the odds-on favorite to win the title again.

“It helps to have a tradition at St. Paul’s…I think it feeds on itself each year,” said Bernstorf, who has a MIAA A baseball and B football title at St. Paul’s where he served as athletic director for 25 years before relinquishing the post after the 2019-20 school year. “This is the standard that we expect.” 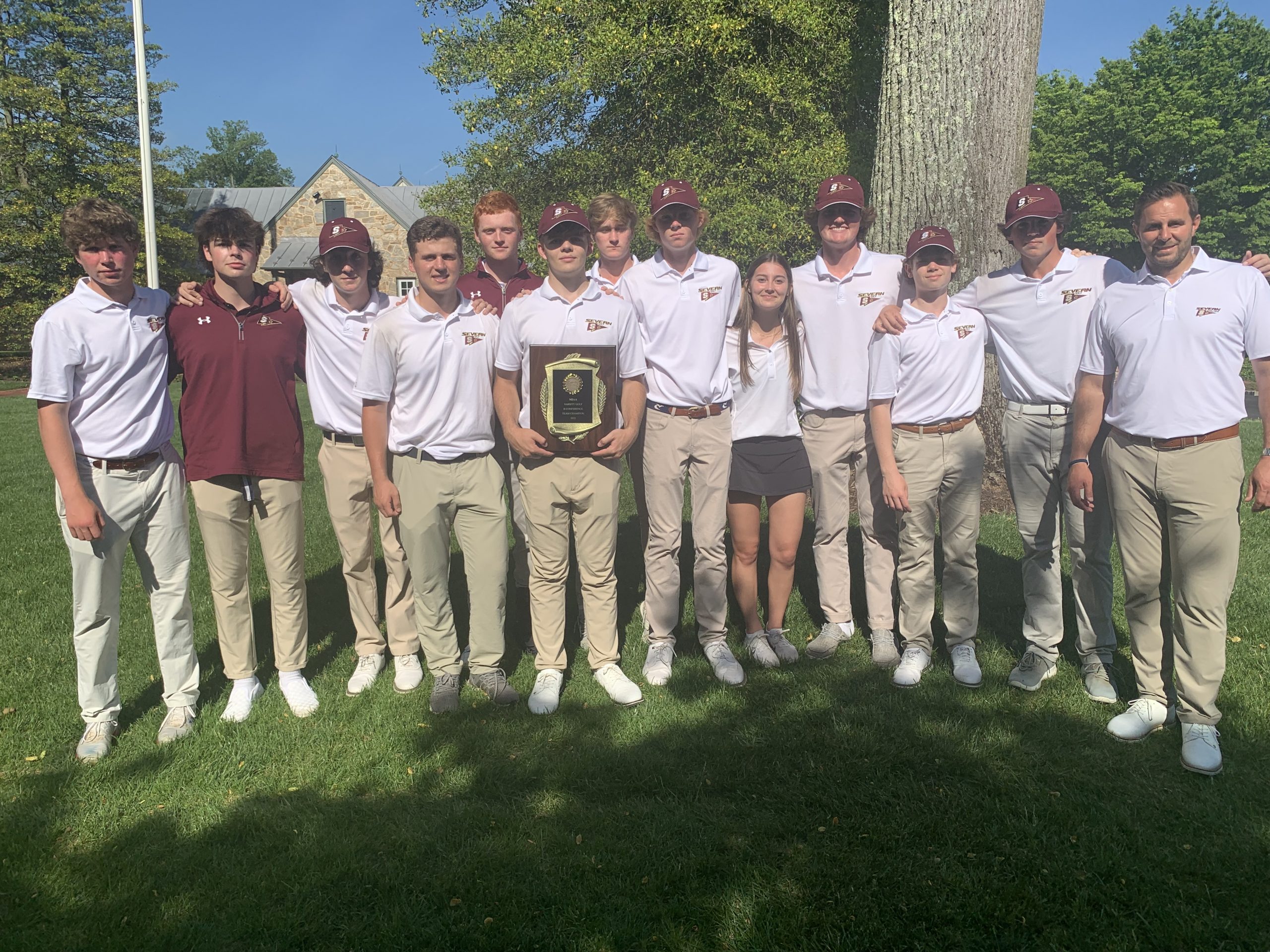