(From left) Scott Giampa, Alex Martinez Herrero and Jalen Anderson were Curley’s goal scorers in a 4-2 win over Mount St. Joseph on Saturday.

Less than 16 hours after a heart-breaking 4-3 double-overtime loss to top-ranked McDonogh, No. 12 Archbishop Curley had to display a short memory and return to the pitch Saturday morning to complete another MIAA A Conference soccer battle, with No. 14 Mount St. Joseph, in a game that was suspended by lightning strikes back on September 6th.

The Friars and Gaels resumed play with 3:14 to go in the first half in what had been a scoreless match-up. The first half ended without a score from either team, but the second half was much different.

The Friars powered home four scores in 40 minutes of play to top the Mount 4-2, and the win was very meaningful, considering that Coach Barry Stitz’s team was coming off the tough loss to McDonogh the evening before

“To come out and score 4 goals in a little over a half after getting home at ten o’clock last night makes me proud of the boys and their effort,” said Stitz. “This was a very important game for us, a big game, which we think was just as important as the game last night. We’ve done much better this week at finishing our chances.”

Indeed the Friars. Starting with a 7-0 win over John Carroll earlier in the week, Curley has now scored 14 goals in a slightly more than 2-1/2 games.

Alex Martinez Herrero led the Friars’ attack with two goals, the first of which came three minutes into second half, when he dribbled past two Gaels and drilled a shot past MSJ keeper Ashton Carey, to give his team a 1-0 lead.

The Mount answered six minutes later when Miles Lam flicked one in on a feed from Van Danielson.

Curley went back up, at 22:36, when Jalen Anderson tallied on a cross from T. Garcia.

“On that sequence, we had a good win at midfield, and the ball was played to me,” said Anderson. “I looked to see where the goalie was, and I was able to put it in the back post.”

Anderson would get an assist when he got the ball to Scott Giampa with 16 minutes to go and Giampa converted to make it 3-1.

Anderson described that one thusly.

“A defender went for the ball, and I got my head on it, and crossed it to the top of the box. I knew one of our guys would be there to score.”

In their typical fashion, the Gaels would not quit, despite the fact that they were down by two goals, more than halfway through the second half.

St. Joe’s Anthony DiPino cut the Curley lead to one when he scored at 3:40, but Herrero would get his second unassisted score of the day with 40 seconds to go to seal the win for the Friars.

Herrero talked about the tough loss to McDonogh first.

“They scored in the last two minutes, and we were so sad, but today we rebounded. It really feels good to get this win.”

Giampa marveled at the play of Herrero.

“He glides across the field, dribbles past defenders, and rockets the ball into the corner,” said Giampa. “He is a great addition to our team.

“Today was a big leap forward for us. If we keep scoring three or four goals a game, we will keep winning,” added the junior midfielder.

Mount St. Joe coach Mike St Martin said that his team didn’t do a good job of shutting down one-on-ones.

“Offensively we did some good things, and we made some good runs, and we served some good balls across, but we could have done a better job defensively. Curley did a great job of finishing their chances and I give them credit for that.”

Looking for the upset, Curley carried a 3-2 lead into the final four minutes of regulation, but McDonogh got the equalizer and push the game into overtime.

With less than two minutes to play in the second overtime Andrew Privett intercepted a pass from Curley’s center back, then beat him 1v1, finishing with his left foot under the keeper.

Privett scored twice in the contest, while Richie Nichols and Jackson Ruckman added single goals for the top-ranked Eagles.

No. 2 Loyola blanked St.Pauls, 4-0, on the road Friday afternoon.

The Dons opened up the scoring midway thru the first half when Chase Llewellyn scored a behind the back heel flick on a cross from John Peterson.

The Dons’ Ben Gallagher scored the second goal from the top of the 18 when Cole Hendricks slotted him through. The third goal was scored by freshman Matias De Jesus off a nice combination piece, with the final feed from Nathaniel Comi Morog. The 4th goal was scored by Dylan Becks from a free kick 20 yards out.

Pat Milmoe and Tyler Ledford combined for the shutout.

Gilman scored three times in the first half, Friday afternoon, and made them stand up for a 3-1 non-conference victory over Landon.

Avery Merlo, Jack Stuzin and Johnny Melancon scored for the Greyhounds, while Michael Brittingham and Logan Paff had assists. 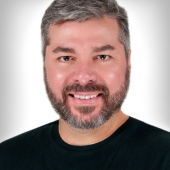 Severn baseball expects to contend in the MIAA B

Curley and SJCP remain undefeated in MIAA B