Cole Williams’ final game in a Loyola Blakefield lacrosse uniform was somewhat forgettable. But his high school swan song was much different.

Williams was Most Valuable Player in the 11th annual Under Armour All-America game Saturday evening as the South defeated the North, 23-16, in front of 4,117 at Towson University’s Unitas Stadium.

Manchester Valley’s Lizzie Colson, the consensus Player of the Year in the area and the top player on USA Today’s All-America squad, added a score and two assists. Severna Park’s Eva Klaus and Hannah Warther from Century each tallied while Savannah Buchanan from McDonogh and Broadneck’s Bri Harris finished with an assist.

Colson, Griffin and Warther will be teammates at the University of Maryland next spring. The Terps, who’ve reached the women’s Division I national championship the last four seasons, had a total of seven recruits on display Saturday.

“Being able to play here before we go to Maryland was such a great experience,” said Griffin, a member of the U.S. National under-19 squad who went undefeated (86-0) during her four-year varsity career at McDonogh, the area’s and nation’s No. 1 program the past eight seasons. “We’re pretty close so to play together was great.”

After the South pulled even at 2 on Klaus’ goal off a pass from Buchanan, the North ran off four straight goals, enroute to a 7-4 halftime lead and never trailed. McDonogh goalie Gabbe Cadoux stopped seven shots in the opening half.

It took about 14 minutes for Williams to secure his MVP performance in the nightcap. The Johns Hopkins recruit had three goals and assist in the opening quarter, finishing with 4 goals and an assist.

“I think was benefactor a lot of transition, Forry Smith and Kyle Anderson were dumping the ball to me pretty good,” said Williams, who joined Conrad (Virginia), Mikey Wynne (2014; St. Paul’s School/Notre Dame) and Gordie Koerber (2012; Gilman School/Ohio State) as UA All-America game MVP recipients from Baltimore. “It’s a great honor to play with these guys.”

Williams had 46 goals and 30 assists this past spring for Loyola, which suffered a 14-goal loss to eventual champ McDonogh School in the MIAA A Conference semifinals at Johns Hopkins. The 6-foot-5 attack was one of four MIAA A standouts in action in the premier senior lacrosse all-star contest in the country. 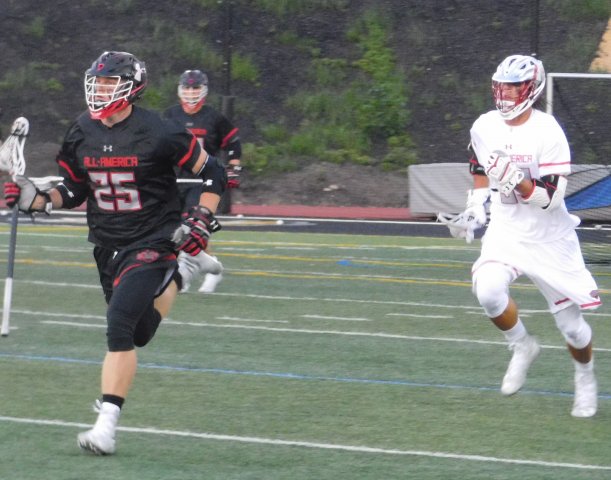 Other stats (area players only)

Other stats (area players only) 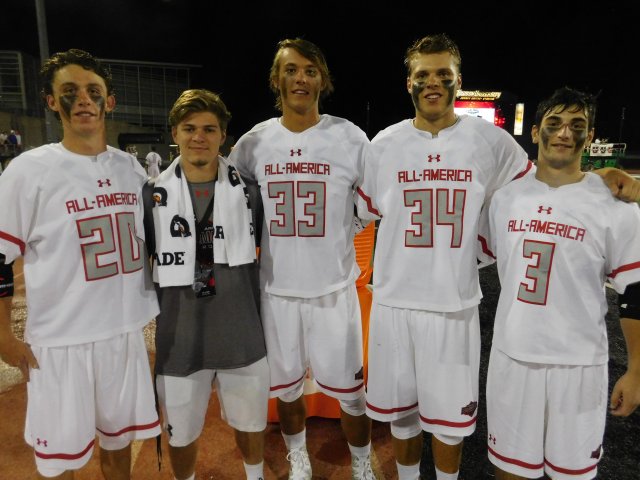 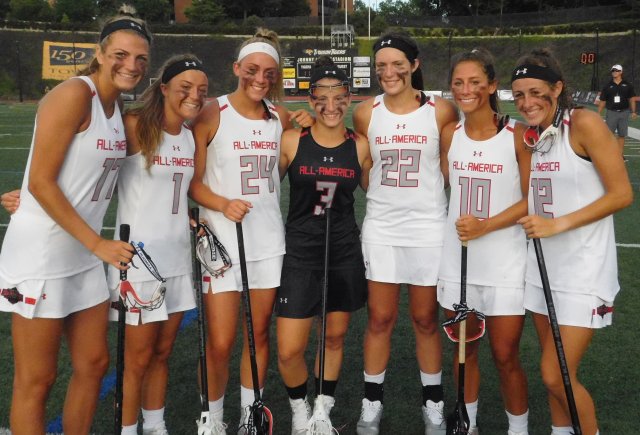 Back to Bel Air