After serving as Admissions Director and as an assistant coach with the varsity lacrosse team, Mulford will succeed the retiring Lou Eckerl

After a thorough search process, Calvert Hall College has announced the hiring of Dan Mulford as the school’s new athletic director, effective July 1.

Mulford, a 2005 graduate of the Hall, where he played lacrosse, went on to be a three year captain of the men’s lacrosse team at Robert Morris University. He returned to Calvert Hall seven years ago and has served as the school’s Admission Director, as well as an assistant coach with the varsity lacrosse team, ever since. 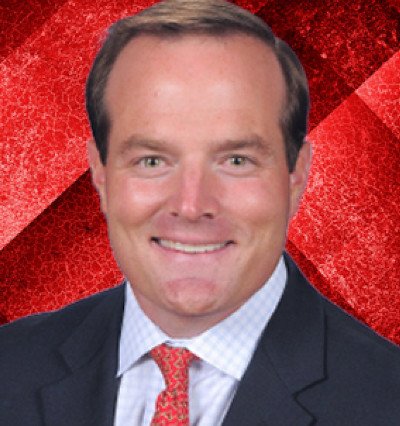 He succeeds the school’s long-time A.D. Lou Eckerl who announced his retirement in January after 40 years in the job.

Calvert Hall has hired Dan Mulford ’05 as its next athletic director, effective July 1, announced on May 19, 2022. Mulford, who has been at Calvert Hall since 2016, takes over for Lou Eckerl, who announced his retirement in January after leading the Cardinals’ athletic department for the past forty years.

“I am excited for Dan Mulford to serve as our next Athletic Director,” said Calvert Hall President, Br. John Kane, FSC, Ed.D. “Dan has demonstrated his abilities as our Director of Admissions and as a coach. He understands the role of athletics at Calvert Hall and within the community.

“Lou Eckerl retires with a strong program in place, and we look forward to Dan Mulford continuing to make it better.”

A Towson native, Mulford is taking over one of the biggest athletic departments in the MIAA, as Calvert Hall sponsors 17 sports and 40 teams.

“We are blessed to have someone of Dan’s dedication and caliber leading the athletics department,” said Calvert Hall Principal Chuck Stumbler. “He will be a tremendous asset as we look to build on an already solid foundation.”

Before returning to Calvert hall, Mulford was the Health and Physical Education Department Head and Leadership Academy Director at the Winchester Thurston School in Pittsburgh, Pennsylvania.

“I would like to thank Brother John Kane, Mr. Chuck Stembler, and the entire search committee for giving me this opportunity,” said Mulford. “I am deeply committed to continuing the strong tradition of academic and athletic excellence at our institution. As a former athlete at The Hall, I understand the intricacies that athletics play in the education of our young men. It is an honor to be given the opportunity to lead the premiere athletic department in the State of Maryland. I look forward to carrying on the tradition of excellence of Calvert Hall athletics.”