It’s a motto the Boys’ Latin wrestling team has scripted on the back of their shirts and it s a practice the put in place in their MIAA A Conference wrestling dual meet opener, Wednesday, as the Lakers recorded nine falls as the floored visiting Gilman, 60-18.

With the match starting at 120, BL’s Jamie Rice christened the school’s brand new wrestling mat with a late fall over Gilman’s Drew Franklin.

Frankline scored the initial take down of the match, but Rice roared back to build a 10-2 lead before grabbing the pin with just 26-seconds remaining in the final period.

Gilman got on the board at 126 where Breaden Alevizatos collected a pair of take downs to claim a 6-3 decision over Nick Malinowski. However, Koby Russell needed just 40 seconds, at 132, to get another Laker fall, giving Boys’ Latin a 12-3 lead.

The lead grew to 18-3 when BL’s Kahlan Lee-Lerner pinned Ryan Kim after just 36 seconds of their match at 138.  Gilman finally got a fall of its own, at 145, when Ben Gushe needed just 53-seconds to put away Evan Gaines.  From there, however, it was all downhill for the Greyhounds, as Boys’ Latin ran off five more pins in a row, followed by a forfeit victory at 220.

“We did well. We pin to win. We’ve got it written on the back of our shirts,” said Boys’ Latin head coach Drew Haugh. “We don’t have a lot of depth in our lineup, but we know we have to go out there and get six points. We thought it was going to be a lot closer, but when you start getting those pins, you start building on the momentum. One kid gets a pin and the next one wants to get it and it got to be fun there at the end.”

After Gilman’s Jahee Jacskson scored a 4-2 decision over Gavin Howell at 285, the Lakers’ Brandon Key (106) collected his team’s final fall.  The final six points of the night went to Gilman on a forfeit at 113. 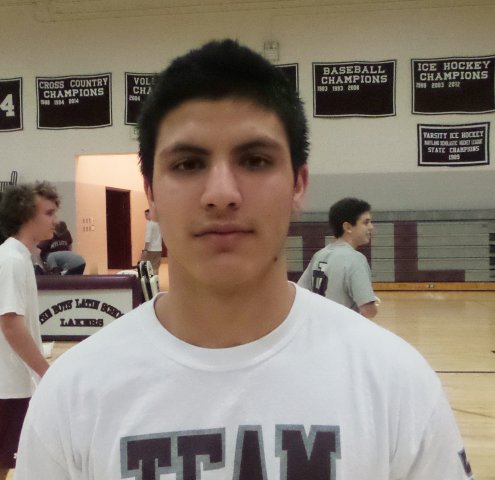 “Early on I was just nervous. It was our first year starting off at home with a MIAA school, with a new mat and new singlets,” said Bruno of his match, which was tied 2-2 early, before the senior built a 7-2 advantage, leading to a pin at 2:58. “We actually had a big crowd for our first match of the year, so the nerves were running.”

Bruno believes the big performance will be an excellent springboard as the Lakers move forward this season.

“It sets a pretty big tone for the rest of the year. It all starts from your first match.”

And, for the Lakers, it starts with the pin.

The table has turned

Everybody is back for Gerstell Academy baseball