Aces of the diamond

Godrick was the proverbial straw that stirred the drink for the area’s consensus No. 1 team. The senior centerfielder is Varsity Sports Network’s Co-Baseball Player of the Year.

Godrick batted .455 with four home runs, 26 RBI and scored 42 runs for the Cavaliers (27-5 overall), who won a third straight MIAA A Conference championship. The three-peat, completed with a 5-3 victory over Gilman School in the deciding game of the league’s double elimination tourney, is the first by a team other than 10-time champ Calvert Hall College.

“The seniors before us went out on top so it was our turn and that was the goal from the very start” said Godrick, one of 15 seniors. “The brotherhood extends off the field. Six of us have know each other since we were eight years old. We wanted to win for each other.”

A five-tool talent with bottomless energy, Godrick was irreplaceable at the top of the Cavaliers’ lineup. As a junior last spring, Godrick batted a team-best .425 with 20 RBI and eight stolen bases.

“He’s so fun to watch in the field,” said Spalding coach Joe Palumbo, whose team’s currently ranked 14th in USA Today’s Super 25. “Some of the things he does at the plate, on the base paths or in centerfield makes you say ‘Wow.'”

Godrick, who will play in the Brooks Robinson All-Star Game at Camden Yards Sunday afternoon, was a preseason All-State choice by the Maryland State Association of Baseball Coaches (MSABC) and a three-time all-MIAA A selection. He will play for Fordham University next season. 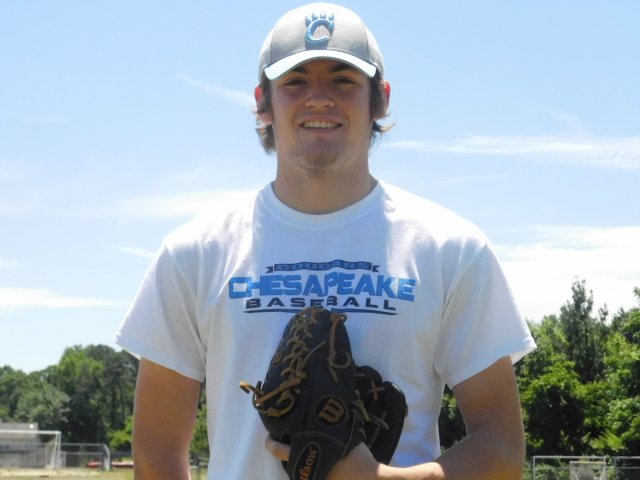 Only a sophomore, Seidler emerged as an impact performer this spring. Seidler is Varsity Sports Network’s Co-Baseball Player of the Year.

“A lot of 10th graders get caught up in the fact they’re on varsity, but Joe’s been a special player for a few years,” said King.

Last spring, Seidler started the season on the Cougars’ junior varsity, but King promoted him to varsity within the first couple of weeks. Seidler batted .350 as a freshman.

“I wanted to try to limit mistakes,” Seider said about his breakout 2016 campaign.

“He hits the ball in the middle everytime and it’s a laser off his bat,” said King. “He’s only going to get better.”

Seidler was selected to the Anne Arundel Coaches’ all-league squad. 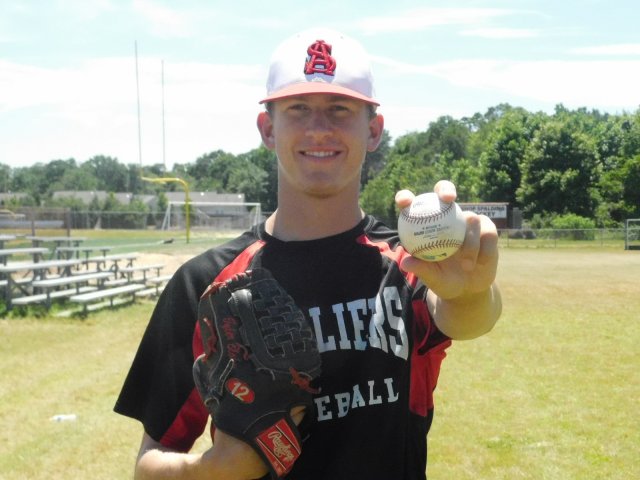 Though his last name has been mistakenly pronounced Bloom, Blohm (pronounced Blum) blossomed into an elite performer this spring. The senior lefthander is Varsity Sports Network’s Pitcher of the Year.

Blohm went 9-0 with an 0.85 ERA for the top-ranked Cavaliers (27-5), who three-peated as MIAA A Conference champions. The 6-foot-3, 185-pounder is the second straight Spalding hurler to claim VSN’s top pitching honors, following Jordan Carr, who recently completed his freshman year at North Carolina-Asheville.

“Just watching him how he dealt with situations was a huge thing,” said Blohm. “He has a tremendous work ethic. That’s the thing with Spalding – we all have the will to win and work hard.”

Blohm struck out 103 batters and walked just 13 in 66 innings. As a junior last spring, Blohm posted a 7-1 mark with 55 strikeouts.

Cavaliers coach Joe Palumbo said Blohm, the Gatorade Maryland Player of the Year, went from “good” to great this season.

“His work in the weight room, his commitment and day-to-day preparatin was impressive to watch,” said Palumbo. “We’re a hard team to beat when he’s pitching.”

Selected last weekend by the Orioles in the 17th round of Major League Baseball First-Year Player Draft, Blohm, who’s signed a scholarship with Maryland earlier this year, is weighing his options. He’s been chosen to play in Sunday afternoon’s Brooks Robinson All-Star Game at Camden Yards. 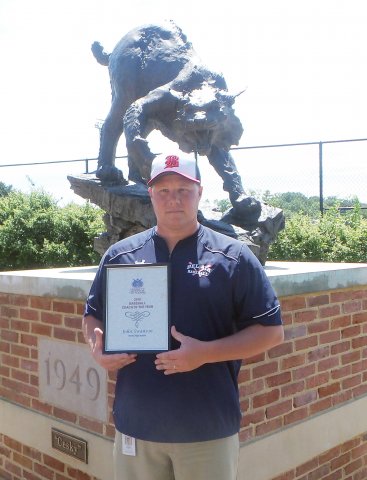 Swanson challenged his team this spring and the Bobcats responded with another championship season. The longtime Bel Air headman is Varsity Sports Network’s Baseball Coach of the Year.

The Harford County school (19-4) won the Class 4A state championship – its second title in four seasons (won 3A crown in 2013). Stressing accountability, Swanson got his roster of veterans and newcomers to succeed.

“We were confident, but it’s high school baseball, a lot of things can happen,” said Swanson, whose team went 10-9 last season. “We were very fortunate, we had a lot of things go our way and we performed.”

The Bobcats, who finished second to eventual 1A state finalist Patterson Mill in the UCBAC Chesapeake, allowed just two runs in the postseason. Bel Air, which became the first Harford program to win the 4A baseball crown, defeated three VSN Top 20 teams – Kenwood, Catonsville and Howard – in the playoffs.

“You have to understand what your role is. Once they understand that and buy into our system, they undestand what the end result is,” said Swanson, whose team finished No. 2 in the final VSN Top 20. “It’s about the team.”

A 1996 Millersville University grad, Swanson coached the Bobcats’ junior varsity for 5 seasons before taking over the varsity. In 15 seasons, Swanson is 191-110.

Boys’ Latin reaches yet another MIAA B baseball final