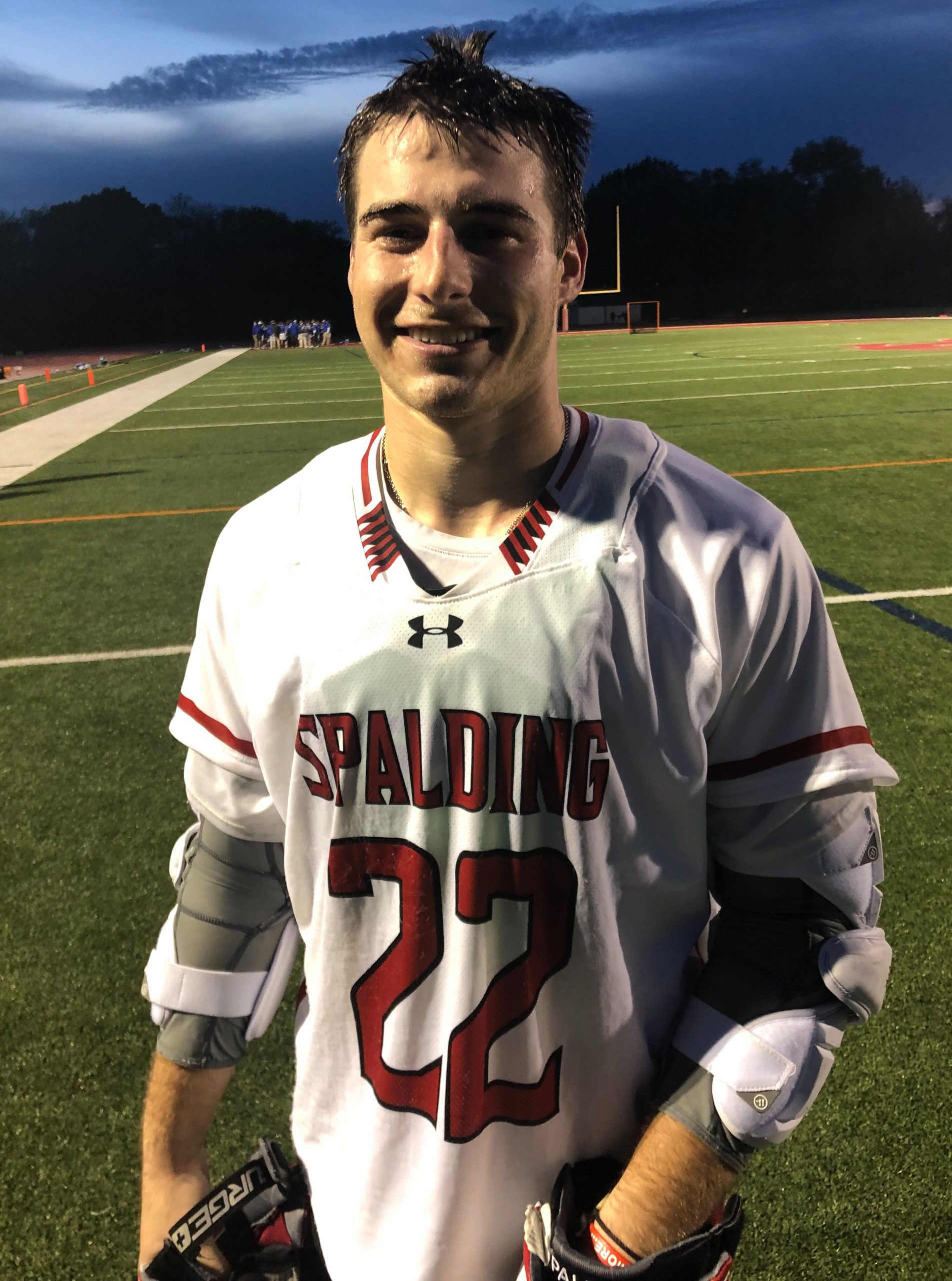 In what was the first No. 1 vs. No. 2 matchup of Anne Arundel lacrosse programs, the second-ranked Cavaliers upended No. 1 St. Mary’s, 8-6, at Whittles Field in Severn.

“The Calvert Hall game, we started in the gutter, down 7-0,” said Phipps, whose team fell 8-3 to the resurgent Cardinals. “We challenged our guys at halftime: `We’re going to treat this second half and every game after this like a playoff game.’ We won the second half against Calvert Hall and kind of used that momentum going into today.

“It’s always nice to kind of win Anne Arundel County by beating Severn and St. Mary’s… but we’ve got a bigger goal ahead of us by making the playoffs and going from there.”

Thursday’s effort locked up a playoff spot for the Cavaliers, who reached the MIAA A final for the first time in program history last year.

Spalding’s postseason mindset was evident from the start with an abundance of energy on both sides of the field,  helping the Cavaliers forge a 2-0 lead in the first quarter en route to leads of 2-1 after one quarter and 5-3 at the half behind two goals from Ripley and one each from PJ Poknis, Mikey Weisshaar, Schrier to go along with some stingy defense and an 8-2 advantage on faceoffs that lead to loads of possession.

Nick Golini kept the Saints within reach with a pair of one-on-one scores, one in each quarter. Erick Chick posted St. Mary’s other first-half goal on a quick counterattack on a Spalding turnover.

“Last week, Calvert Hall, they went up 7-0, and we kind of got away from the way we play,” said Spalding defender Alex Ross, who along with goalkeeper Connor McMahon (nine saves), spearheaded the Cavaliers defensive effort Thursday in Severn. “And this game was really focused on back-to-us. We’re focusing on ourselves. We’re not changing anything for anybody; it doesn’t matter who you are. We’re just playing our own lacrosse, and it was working tonight.”

The Saints trimmed the halftime deficit to 5-4 with just under six minutes left in the third quarter on a power-play goal from Jake Adams on a blistering shot from well outside the crease.

The Cavaliers answered about two minutes later on a goal by Schrier, who cut around the goal, took a timely feed from Nick Gutierrez, and squeezed a shot past St. Mary’s goaltender Zack Overend for a 6-4 advantage.

“Obviously, this is a big game, so we kind of wanted to stick to ourselves and be simple,” said Schrier. “(Spalding wanted to) play our normal offense and just try to get it down that way. We didn’t want to really change anything and make the moment any bigger than it was.”

After Adams found the back of the net again with 1:58 remaining in the third quarter, as he spun away from his defender to cut the deficit to 6-5 heading into the final 12 minutes of action, Schrier found an open Gutierrez for the team’s seventh goal with 8:24 left in the match to regain a two-goal lead. The defender assigned to Gutierrez stepped to Schrier instead of continuing his shadowing of Gutierrez, leaving the Spalding midfielder wide open to the left of the goal.

A one-on-one goal by Jake Kucinski once again trimmed St. Mary’s deficit to a goal at 7-6 with 6:42 remaining. After a near-miss by Golini with about 42 seconds remaining, the Cavaliers sealed the win on a goal by Ayden Hammel with 24.4 seconds left in the match. Gutierrez found Hammel wide open in front of the goal as the Saints’ defenders scrambled around the field with double teams in an attempt to win the ball back for a final attempt at tying the match.

“They came out. They had energy, and they outplayed us,” Lilly said. “We play for wins and losses, and we got a loss tonight. The good thing is we get to go on rivalry next week and play our rival Severn. This is just a blip. We’re tied for first place.”

The Saints are tied in the loss column with Boys’ Latin (6-2), which hosts Mount St. Joseph Saturday before closing the regular season with No. 6 St. Paul’s School Tuesday afternoon in Brooklandville.

St. Mary’s welcomes rival Severn School at Pascal Field Tuesday. The Saints can lock up a bye into the MIAA A semifinals at Navy-Marine Corps Memorial Stadium with a win.

Spalding is in play to host an opening round match next Friday. The Cavaliers must defeat Mount St. Joseph Tuesday in Irvington.

“Our goal at the end of the year is to win a championship. Our goal isn’t to beat St. Mary’s,” said Schrier. “Obviously, we love this. It’s a great win, but this isn’t our season goal.”